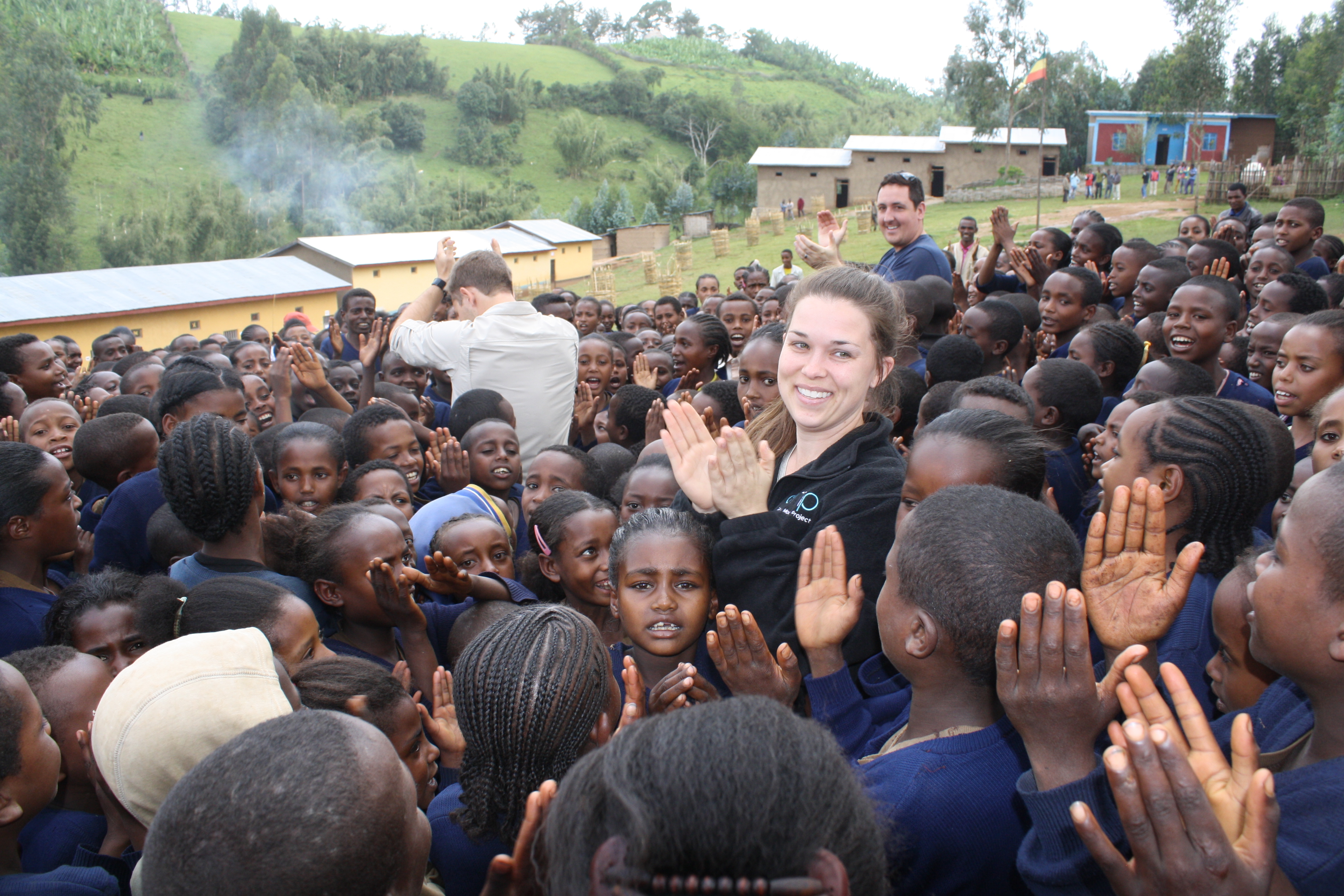 Today we ventured out to Arbegona to visit the DMP School and see the progress that has been made since our last visit in 2012. Since we departed a few years ago we have supported a few new projects and we were very eager to see the completion of many of these. As we began to approach the school I knew immediately we were getting close (it is a 2 hour drive off dirt/rocky roads from Awassa) when we saw children in Davis Moon Project t-shirts and navy blue school uniform sweaters we provided this year. There was such a sense of pride seeing the school children all along the roads knowing we are playing such a vital role in so many children’s lives.

As we pulled up to the school and opened the doors the children, all 800 of them began singing and crowding around for hugs. We could literally feel the ground around us pounding with little feet so eager to give hugs and kisses. It was such an emotional welcome from the children, one so indescribable other than pure joy.

After hugs and songs we visited each classroom. We visit each building to ensure that construction is holding up and to assess

future needs of the school. The classrooms looks great, though because of the rapid expansion of the school, rooms are crowded and many children have to sit on the floor of the school room. The school is on schedule to receive another 200 student at the start of next school season which is exciting news, but it also comes with more challenges to accommodate everyone. Our biggest concern and need is another school room and more desks. We will be introducing a few new programs late in the summer to address some of our dire needs. The buildings to add 5th grade are almost complete and look really great. This year we also added more latrines. There were previously two latrines for hundreds of student which caused many issues, now with the expansion sanitary issues have been resolved.

Sonja and I had a formal meeting with the school’s head master, teachers and community members. We are always so impressed by their professionalism and goodwill towards the school. We discussed our plan going forward for 2015 and settled on the expansion of the school, more desks for the children and another order of school uniforms! Such big plans ahead for The Davis Moon Project School!

We wrapped up the afternoon by reading to the school children and playing soccer. We had a celebration lunch in Argegona with traditional Ethiopian food and coffee which is such an honor! We are eager to return on Monday to begin a few more projects!